JobKeeper 2.0: What you need to know 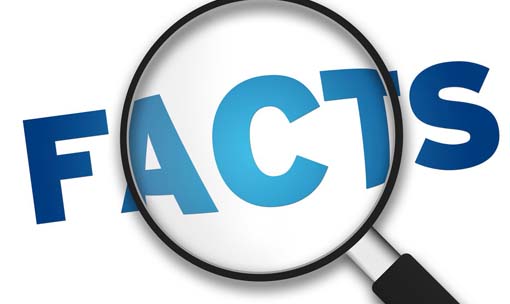 Article by Maja Garaca Djurdjevic Editor of My Business

While details of the government’s JobKeeper review can be found here, below we bring you some key facts about the next installment of the wage subsidy.

To be eligible for JobKeeper payments under the extension, businesses with an aggregate turnover of $1 billion or less will need to demonstrate that they have experienced a drop in turnover of at least 30 per cent; for those with turnover above this limit, the drop is 50 per cent; and charities are expected to show a 15 per cent shortfall.

But, from 28 September, businesses wanting to remain on JobKeeper will also need to prove they suffered an actual decline in turnover for the June and September quarters.

Subsequently, to keep receiving JobKeeper into 2021, on 4 January businesses will need to reconfirm their turnover shortfall for each of the June, September and December 2020 quarters.

Speaking on Tuesday, the Prime Minister explained these changes in detail.

“The changes that we’re making, the first of those is to apply the JobKeeper test for the 30 per cent turnover reduction across the past two quarters and into the next quarter for the continuing eligibility out to the end of March of next year,” Mr Morrison said.

“There’ll be the next quarter after September, and then there’ll be the March quarter. In both cases, businesses will have the test re-applied in relation to their turnover and will be looking at their performance over the first six-month period of the program, and that will provide, where it’s needed, the gateway into the next phase of the program.”

What if I don’t meet the additional turnover test? Will the ATO discontinue my current payments before 28 September?

If a business or not-for-profit does not meet the additional turnover tests for the extension period, this does not affect their eligibility prior to 28 September 2020.

The Treasury has also confirmed that the JobKeeper payment will continue to remain open to new recipients, provided they meet the existing eligibility requirements and the additional turnover tests during the extension period.

What are the new JobKeeper amounts?

Besides stepping up eligibility, from a previously fairly fluid approach, the government has announced a significant reduction in the JobKeeper payment rate, scrapping its previous flat-rate approach.

“We made the conscious decision to have a flat-rate payment because we understood at that time that people were losing second and third jobs,” PM Morrison said of the original JobKeeper amount.

The PM elaborated that given the changed situation, a two-tiered system is now possible.

Employees working in the business for less than 20 hours a week on average will receive $750 per fortnight instead of the current single rate of $1,500.

However, this will change further.

The government has confirmed that businesses and not-for-profits entering JobKeeper 2.0 will be required to nominate which payment rate they are claiming for each of their eligible employees or business participants.

Will there be an alternative test?

The Commissioner of Taxation will have discretion to set out alternative tests where an employee’s or business participant’s hours were not usual during the February 2020 reference period.

For example, this will include where the employee was on leave, volunteering during the bushfires or not employed for all or part of February 2020.

The Treasury has confirmed that guidance will be provided by the ATO where the employee was paid in non-weekly or non-fortnightly pay periods and in other circumstances the general rules do not cover.

The Treasury has said that the JobKeeper payment will continue to be made by the ATO to employers in arrears.

Moreover, employers will continue to be required to meet the wage condition, meaning they will need to make payments to employees equal to, or greater than, the amount of the JobKeeper payment (before tax), based on the payment rate that applies to each employee.

“Like many businesses in the SME sector, the impact of COVID-19 was felt early on, well before JobKeeper and other government support schemes were announced. With information changing constantly, we came to rely on our new partnership with Norgay HR to steer us through that difficult period when it came to looking after our team.”

“The understanding, supportive and professional help I have received from Clare has been amazing. To be able to talk through options for the small business I work in has been very helpful in these unprecedented times especially in our travel industry. Thank you Clare Long”

“I know that Norgay HR support a number of clients, however, their quick responses, their calmness and practical advice to deal with COVID-19 made me feel like my business was a priority and I would recommend them to any business owner looking for HR advice in calm waters or in crisis”

“If you are a business faced with the decisions that I was faced with as a result of COVID-19, I would strongly recommend Norgay HR to you as a knowledgeable, pragmatic, calm and empathetic partner to your business at this difficult time.”

“First impressions count. From the minute we engaged Norgay I knew we had made the right decision and that Clare and her team were the right people to make sure we were looking after our team and our business. They understood our concerns but also set out a framework that we feel is realistic and workable. I feel comfortable that Norgay has our back but will also keep us out in front”