HomeBlogUncategorizedHang On, Help is On Its Way: Meet JobMaker

Hang On, Help is On Its Way: Meet JobMaker 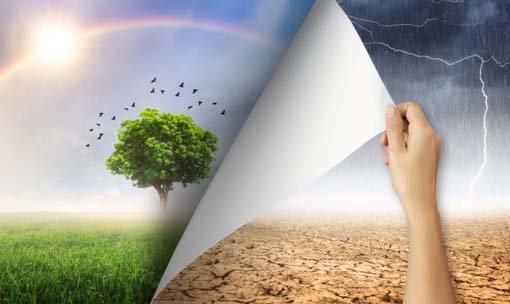 Social distancing might be easing across the nation, but times have never been trickier for businesses of every size who have watched sales fall off a cliff during the COVID-19 pandemic.

It’s welcome relief to hear that the ambitious JobMaker program – still in its very early stages – is designed to get the economy “out of ICU”. It also signals reform of the current Industrial Relations laws which make it so hard – and expensive – for businesses to employ casual labour.

The JobMaker program was announced by the PM at Canberra’s National Press Club on May 26, 2020.

The announcement followed a stark warning by Scott Morrison that unemployment, underemployment, debt and deficit will rise significantly before we experience better times.

JobMaker will therefore be aimed at boosting employment and helping businesses survive, then thrive, as they emerge from lockdown.

While sketchy, the PM has identified two main areas of focus and reform.

Australia’s contentious IR laws are now due for a major overhaul.

As reported by ABC News, the PM insists Australia must close the book on the current “tribalism, conflict and ideological posturing” holding back business growth.

Yet he takes a conciliatory tone, saying the coalition government is prepared to shelve proposed union-busting laws as a sign of good will. Could this see unions and employers working together to find mutually beneficial solutions rather than slugging it out on party lines?

It’s possible. Labor is reminding us of the divisive WorkChoices laws introduced by John Howard in the mid-2000s. However, Australian Council of Trade Unions secretary Sally McManus says unions are prepared to take part in meetings to find a way forward.

The “fundamentally flawed” skills education and training sector is the second area earmarked by the PM for significant JobMaker reform. Problems include:

JobMaker proposes targeted funding to bolster skills in short supply. By simplifying the system and increasing state and territory uniformity, I think employers are more likely to find the skill-sets they need.

As ABC News reports, the PM also claims an efficient national pricing system – similar to that used in the national hospital agreement – would help drive the economy forward.

In my view, reform of hiring legislation can’t come soon enough. This area is currently so complex that even the big end of town, with their in-house HR and payroll teams, can’t implement it correctly.

Further weighed down by COVID-19 impacts, some organisations are just going under in this harsh and unprecedented business climate.

I believe that casual arrangements suit many workers, offering them the flexibility and returns they need to suit their lifestyle. Yet employers offering casual positions have been hampered and even demonised for structuring their business this way.

On top of this, an avalanche of casual claims is expected following a stark court ruling on May 20, 2020. According to the Australian Financial Review, the Federal Court held that regular, ongoing casual workers are entitled to receive paid annual leave, paid personal/carer’s leave and paid compassionate leave. Also, employers are not permitted to use extra pay to offset this liability.

No wonder employers fear for the future. Many are offering their regular shift workers 25% loading instead of leave benefit. Now it seems casuals may be able to double-dip annual leave backpay to the tune of billions of dollars. How is this feasible for the average business owner?

For this reason, I’m excited that change is in the air. It’s never been more pressing. I urge businesses everywhere to sit tight and proceed cautiously while still being optimistic for the future.

Change spells opportunity – for all of us.

“The team at Norgay HR is always on hand to provide us with the HR support needed for any business, big or small. One of the things that I really like about Norgay HR is that not only are they are experts in advising on HR, they also have a strong appreciation for maintaining our culture of informality and innovation. We have recently completed our largest acquisition yet, and the team at Norgay HR did a fantastic job supporting us on the people side of the whole process.”

“Like many businesses in the SME sector, the impact of COVID-19 was felt early on, well before JobKeeper and other government support schemes were announced. With information changing constantly, we came to rely on our new partnership with Norgay HR to steer us through that difficult period when it came to looking after our team.”

“The understanding, supportive and professional help I have received from Clare has been amazing. To be able to talk through options for the small business I work in has been very helpful in these unprecedented times especially in our travel industry. Thank you Clare Long”

“I know that Norgay HR support a number of clients, however, their quick responses, their calmness and practical advice to deal with COVID-19 made me feel like my business was a priority and I would recommend them to any business owner looking for HR advice in calm waters or in crisis”

“If you are a business faced with the decisions that I was faced with as a result of COVID-19, I would strongly recommend Norgay HR to you as a knowledgeable, pragmatic, calm and empathetic partner to your business at this difficult time.”